A Journey of Totality 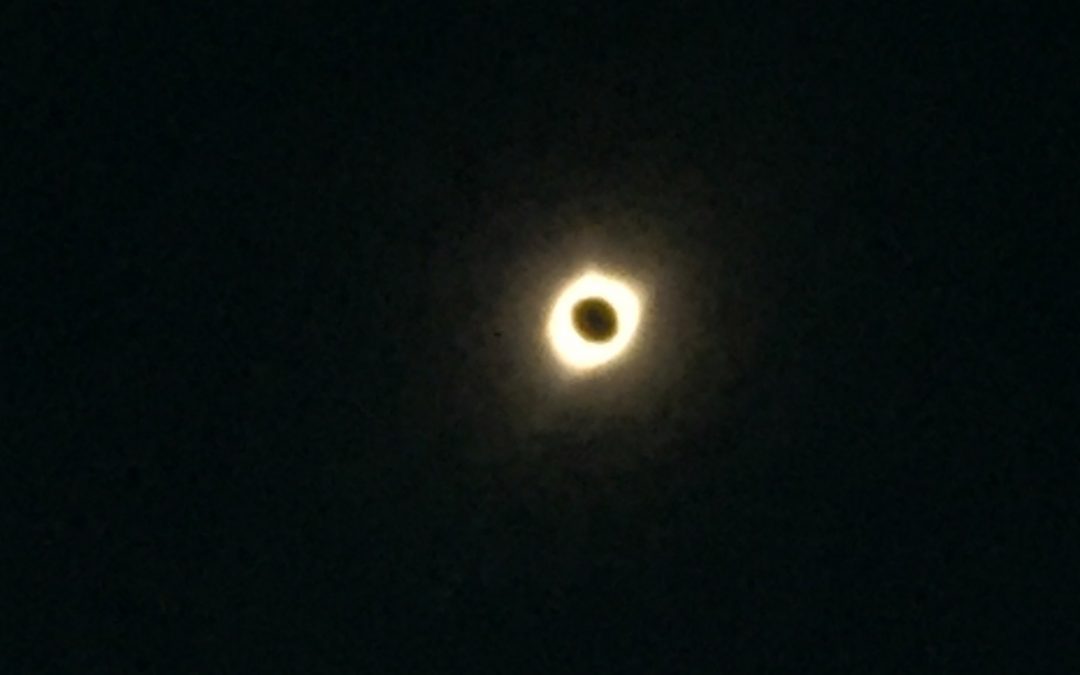 The following is a report of my journey and experiences related to the Total Solar Eclipse that crossed the United States on August 21, 2017.

On Sunday the 20th, I drove from Aspen to the path of totality in Wyoming via secondary highways. The traffic across the Western Slope of Colorado was light but the feeling of energy pressing in was intense. In fact, the subtle energies calibrated the strongest (by orders of magnitude) of any I had ever experienced. With further clarity I realized that a massive consciousness pressure was enforcing a kind of one-pointed attention and emptiness, which dovetailed beautifully with the meditation of driving through the mountains and high desert.

At some point it became clear that I needed to open completely to receive the gifts and messages of the eclipse, which were already coming through. The main messages were:

I car-camped in CBEAUTY next to the Boysen Reservoir overlooking the Wind River Reservation. 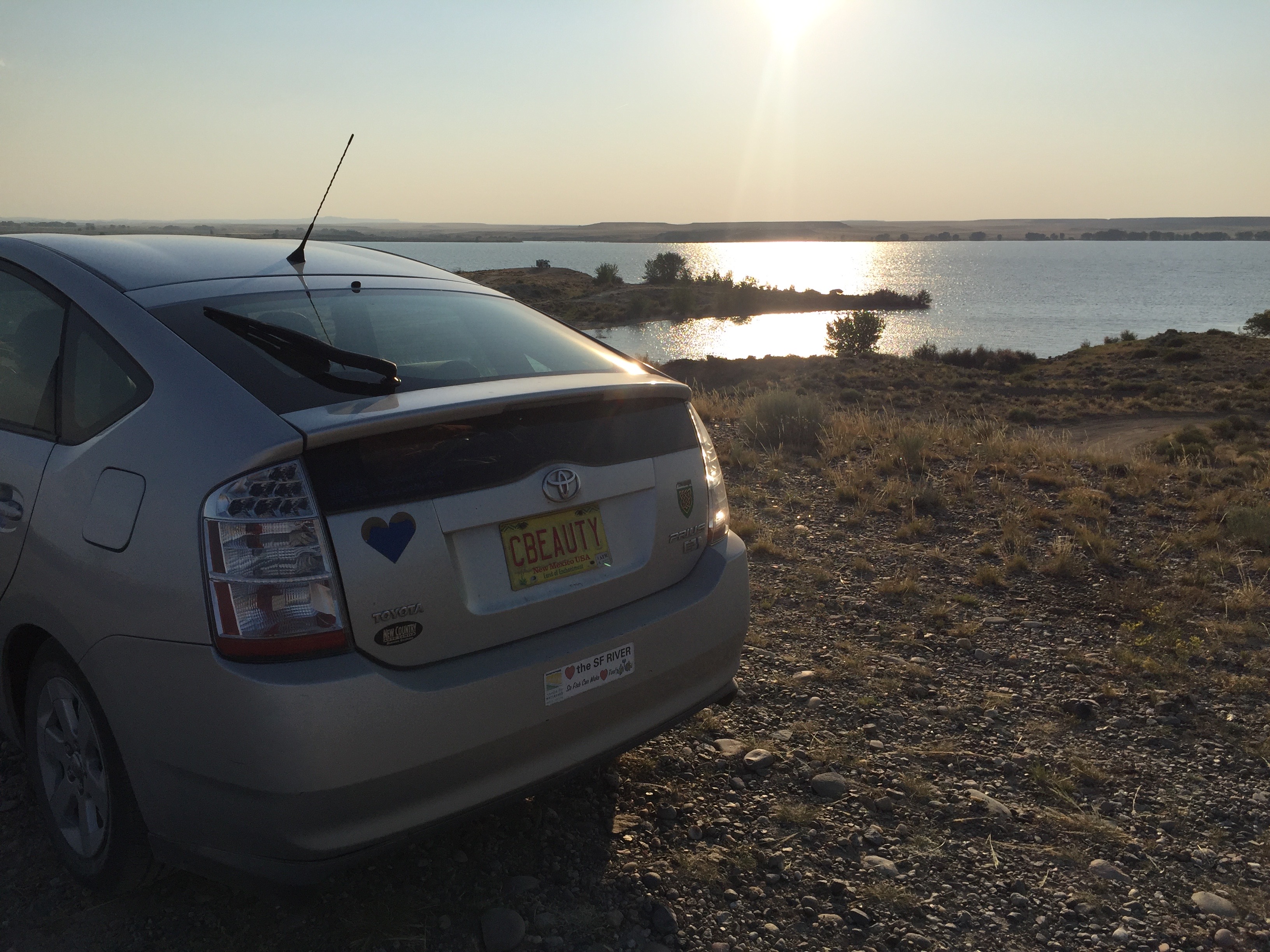 With a few sacred items from the recent Crestone Convergence [NB: an interspiritual conference in beautiful Crestone, Colorado], I made an altar. 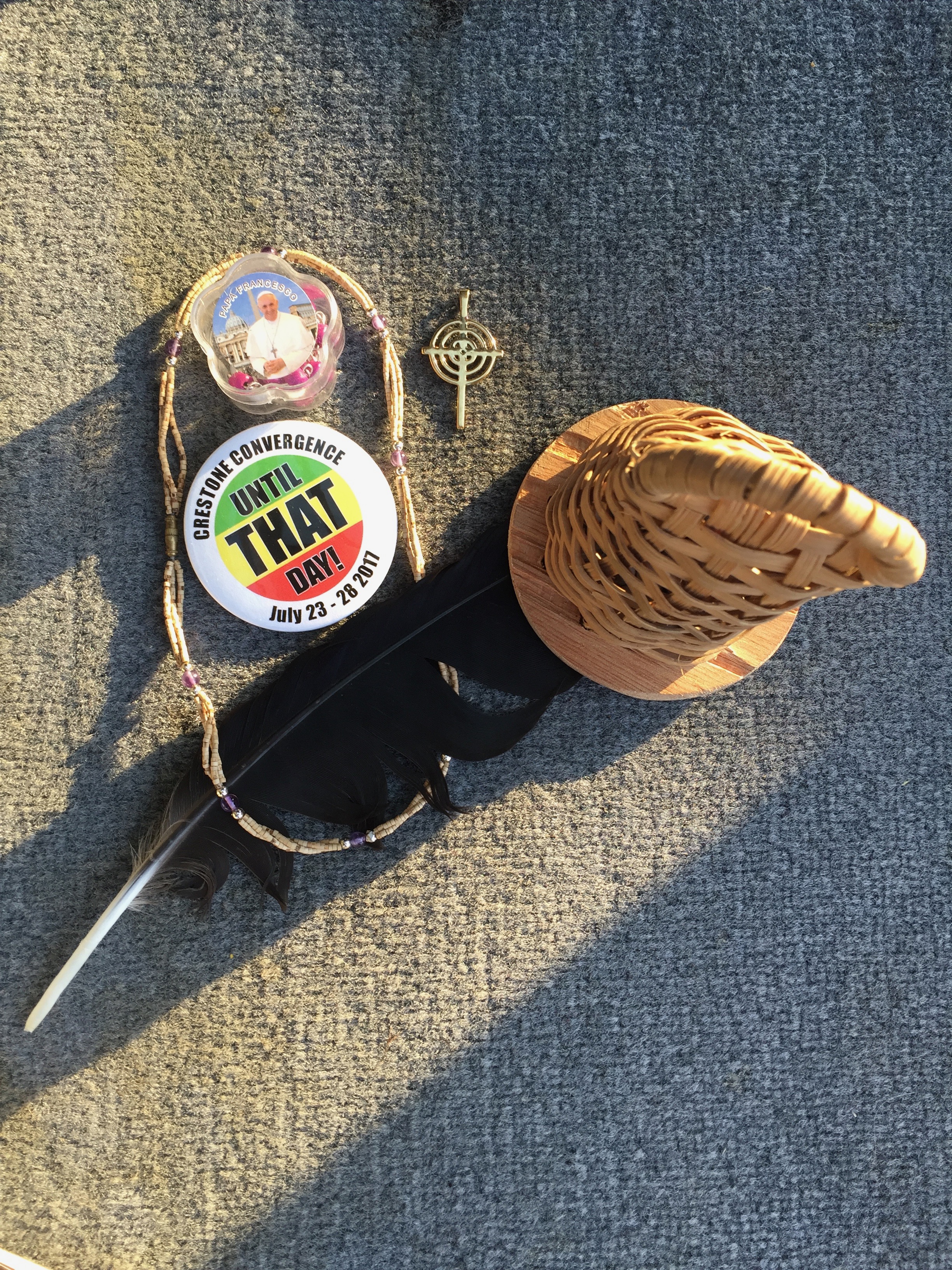 There was no one in the immediate vicinity that night. Here’s a panorama of the setting sun. The stars later on were very bright.

The following morning I was joined by two friends from Denver who were staying nearby in Thermopolis, where the duration of totality was to be much shorter. 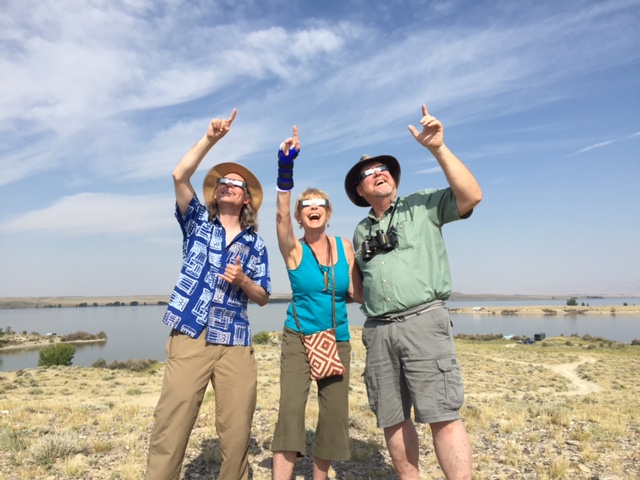 After a couple of hours of coffee and inspired conversation, the new moon began to move in front of the sun. 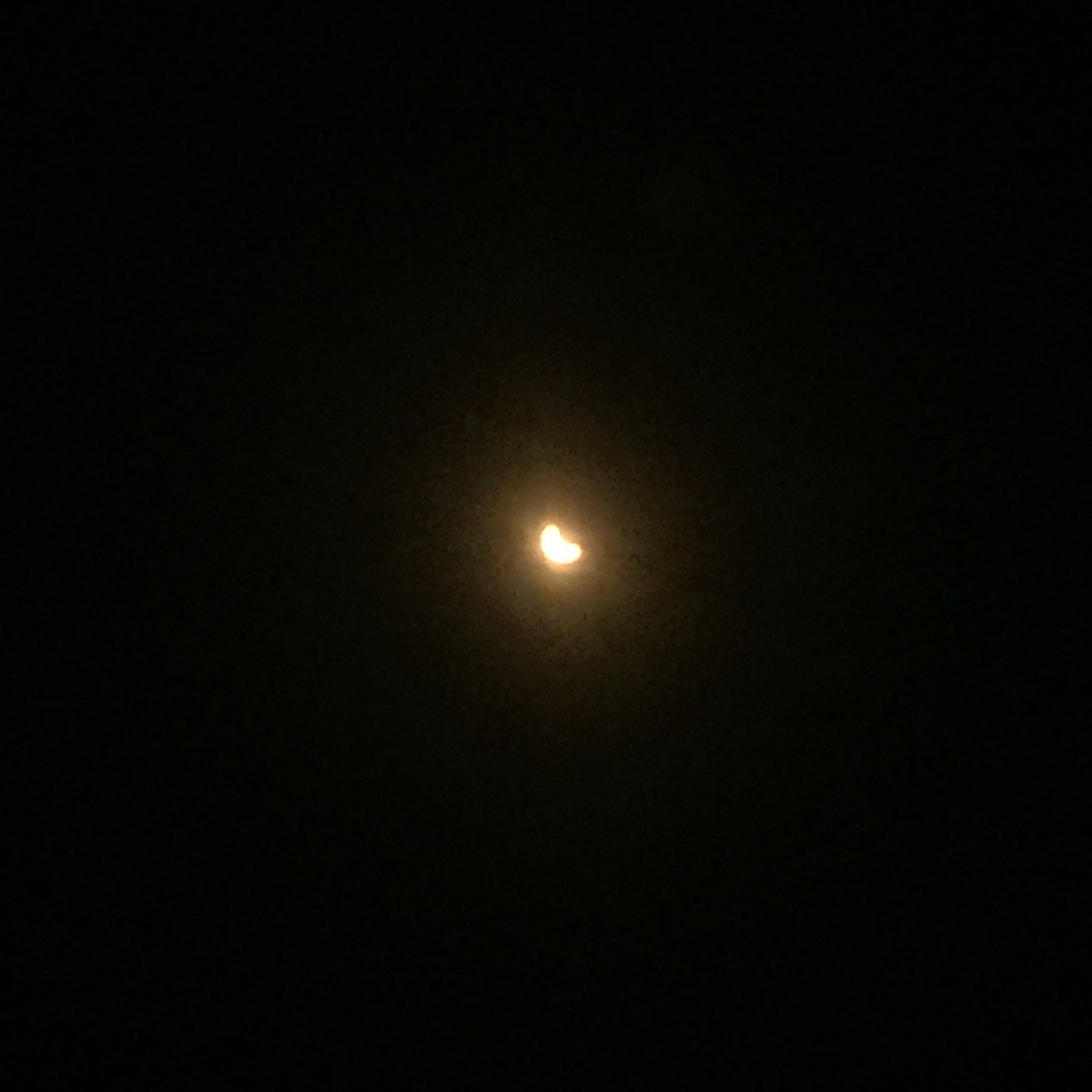 Totality! In our position, totality lasted 2 minutes and 22 seconds. The iPhone couldn’t capture the magnificence of the corona, but of course one had to try… 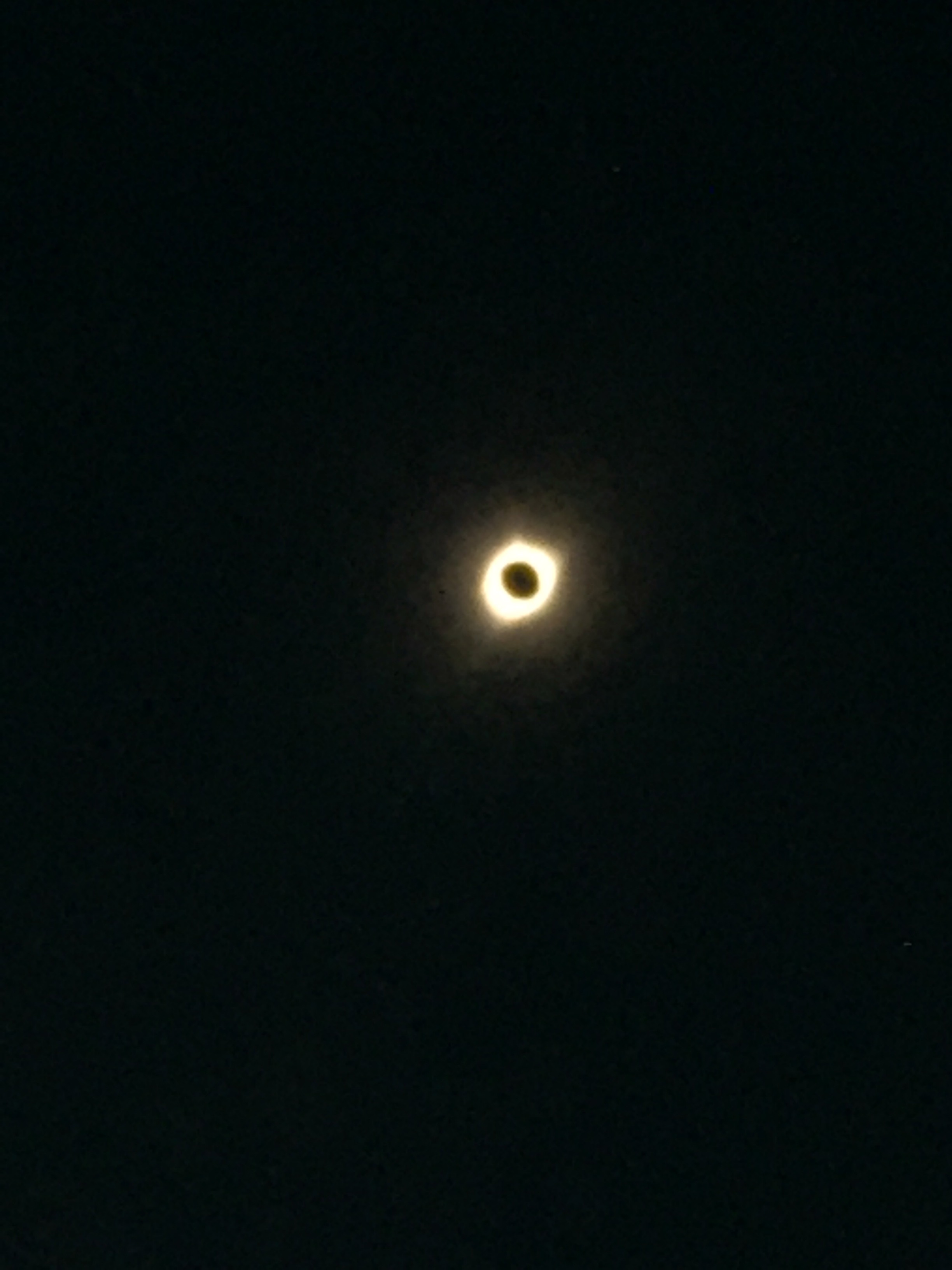 Here’s a time-lapse video of the changing light conditions:

Minutes after the eclipse ended, I noticed that the intense subtle energies and consciousness pressure had subsided almost completely.

And now for the inevitable: a first look at the traffic as the eclipse tourists headed home en masse. I went the other way, but could not avoid a 10-mile backup where the highways from Casper and Riverton converged. Being in an altered state, I was content not to be driving fast… 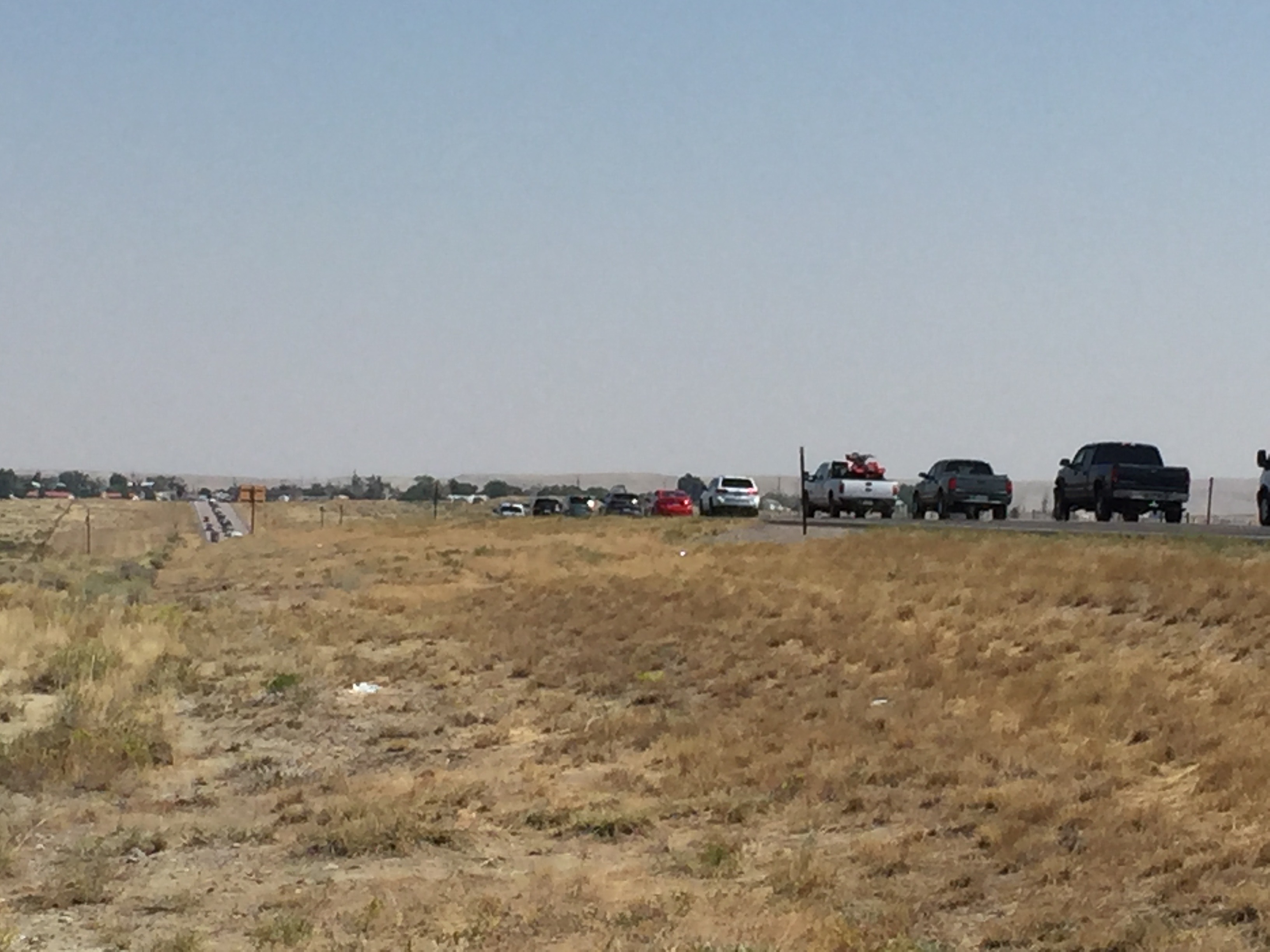 In the “idle” curiosity department, driving slowly meant I could safely snap a photo of the sign for Jeffrey City, Wyoming. 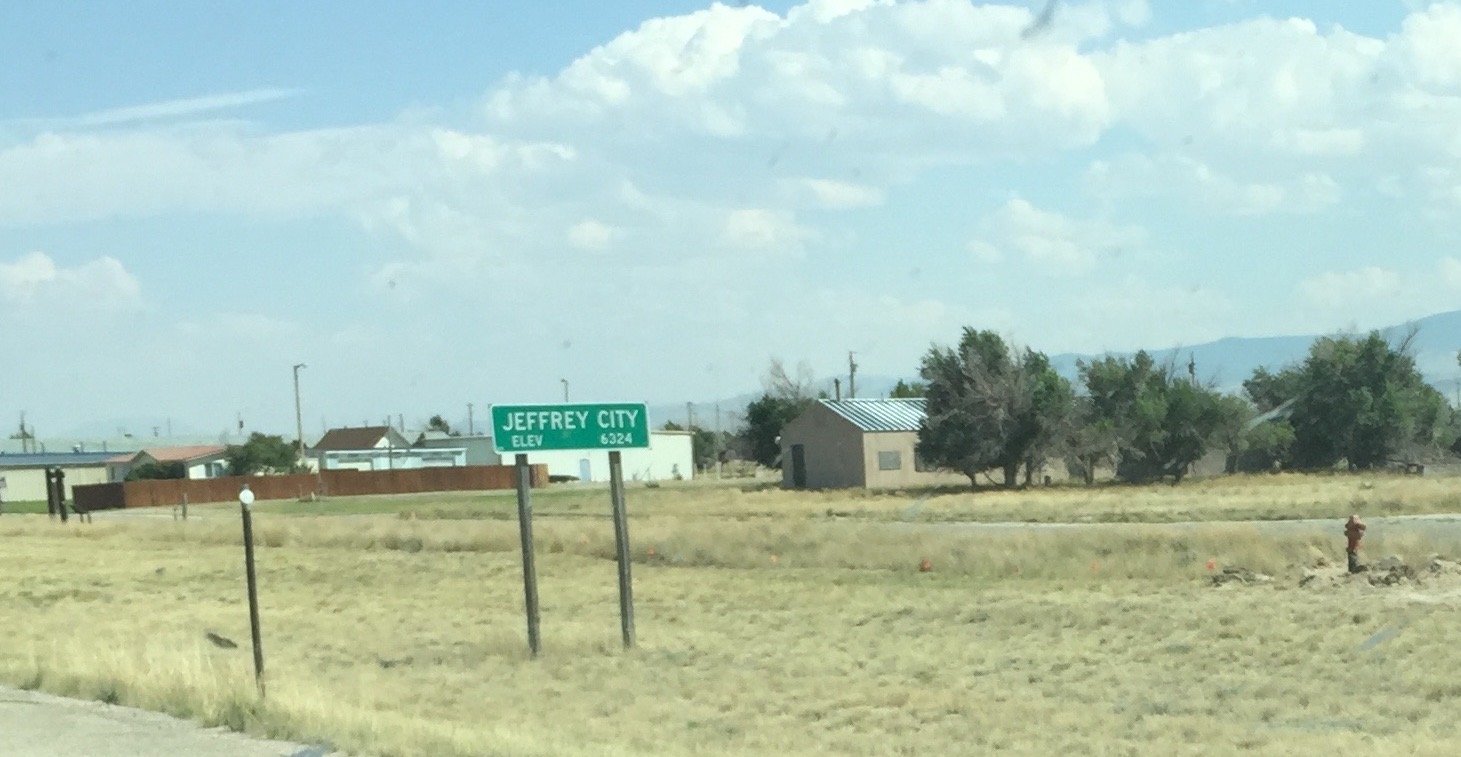 Welcome home! May your awakenings and transfigurations be blessed! 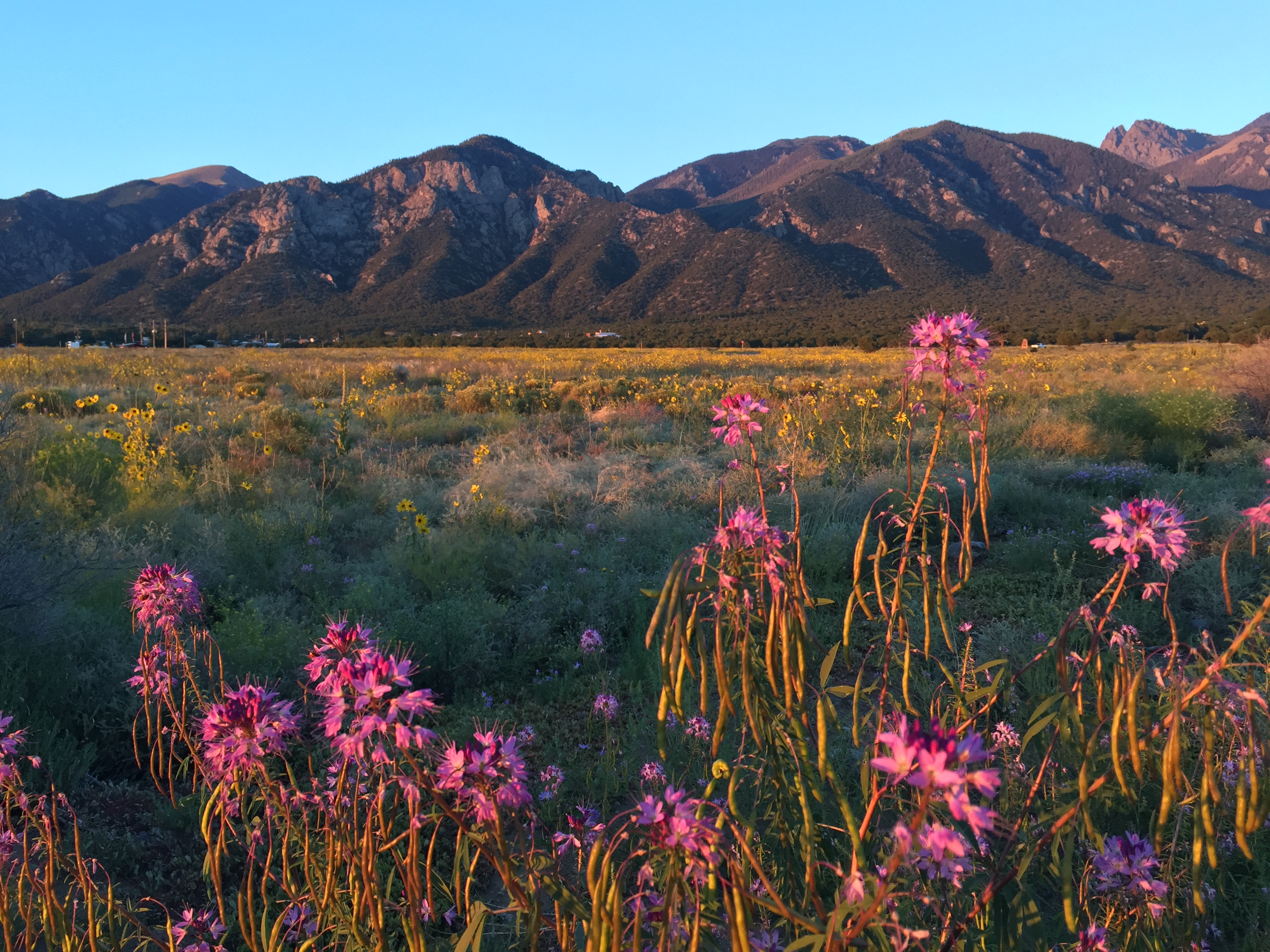