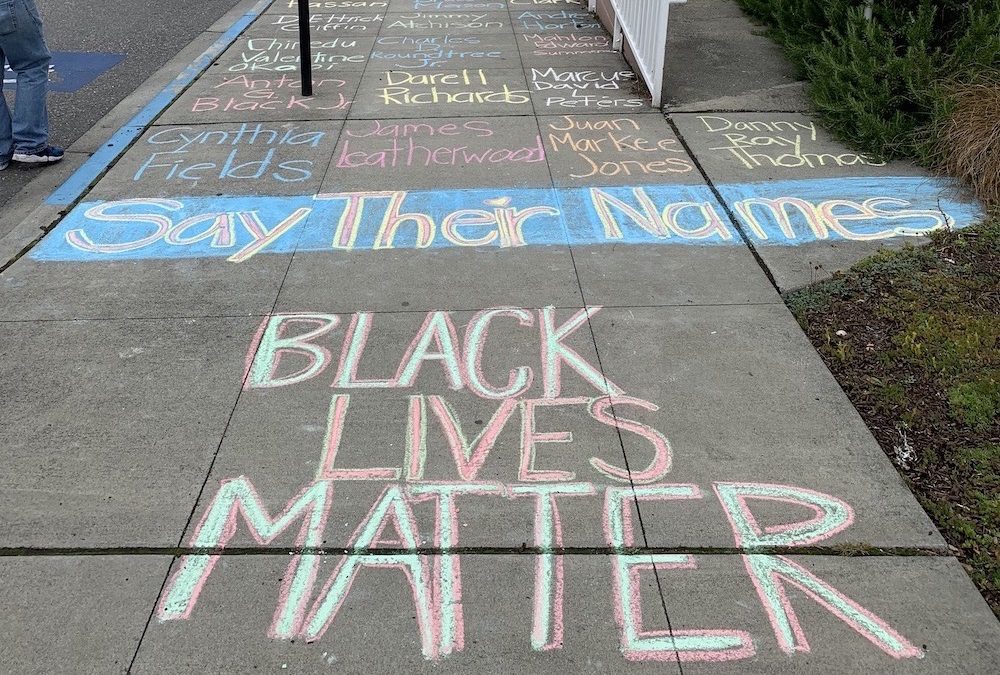 As Virgin Australia 007 prepared to depart Brisbane, Australia for Los Angeles, USA, I was inspired to listen to “Change,” a beautiful and haunting song by Fishbone from their 1988 album titled “Truth and Soul.”

The trip from Australia to the United States was like changing the channels of life. While in Oz, I was less than fully aware of what was stirring in the United States following the murder of George Floyd. However, that changed a day and three flights later when I landed in Seattle, Washington. Half an hour earlier a curfew had been implemented in the city after peaceful “Black Lives Matter” protests were disrupted by more violent elements.

The following day I arrived on Whidbey Island, north of Seattle, in time to see this highly moving tribute being created by two young women with chalk and a long list of names: 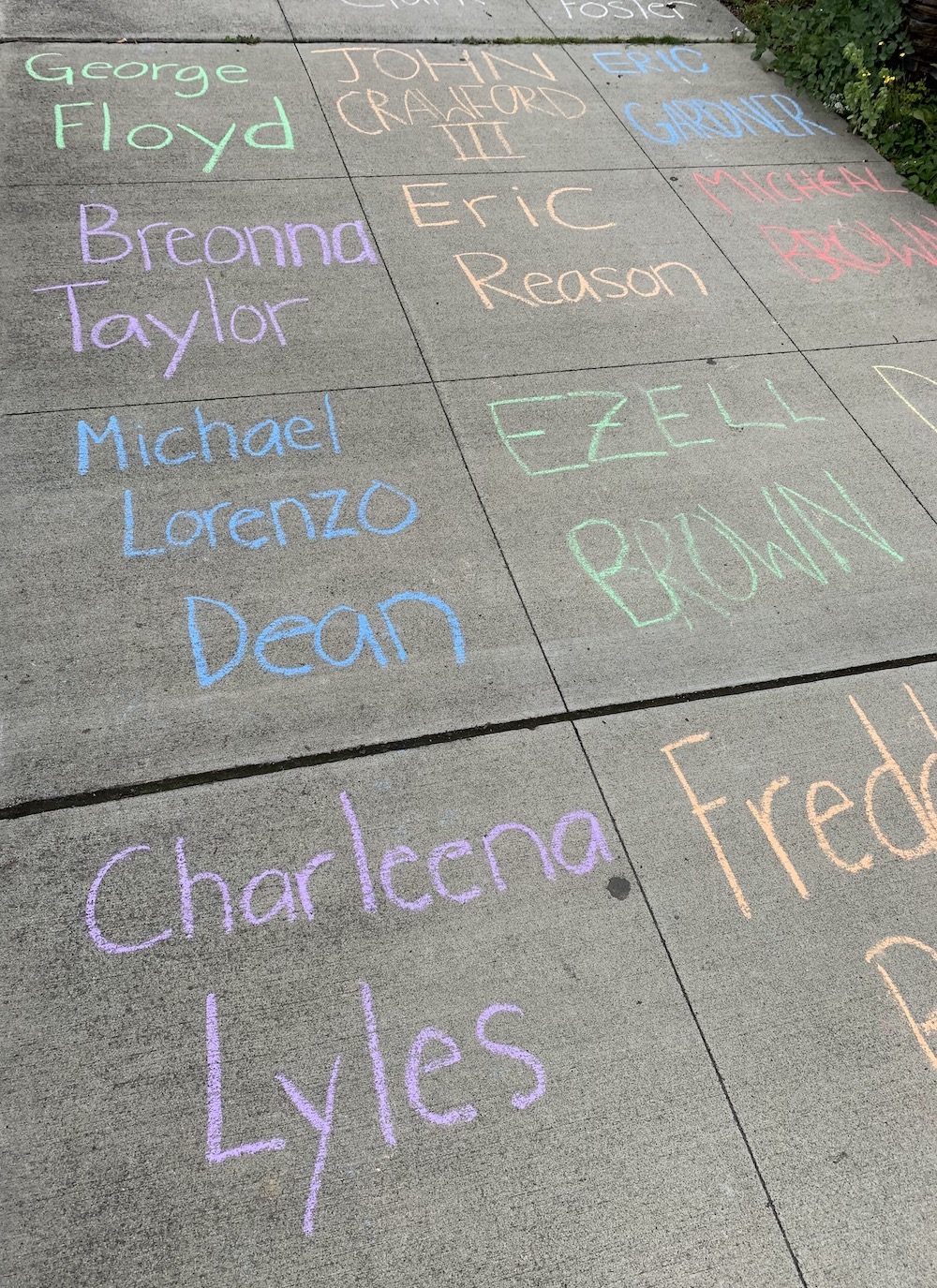 Three days, three powerful moments, three signs that now is finally the time for deep and lasting change – and healing – two sweep across the world.