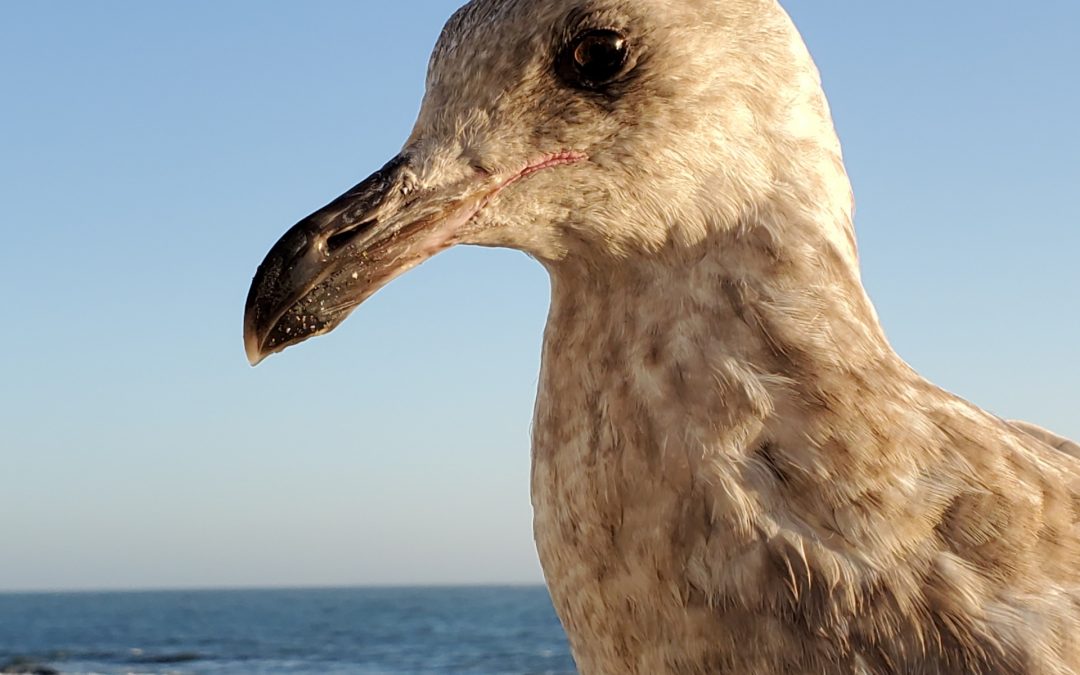 Please note that this page contains archival material.
The latest works are Beyond Every Teaching, DEFINITIONS, and The Ontology.

While I was preparing for an interview, there was a commotion on the balcony where I am staying. I went outside to discover that a juvenile seagull had become trapped in a net that was used to deter the pigeons.

As I was cutting the net I noticed that there were fishing hooks in the bird’s wings and mouth. The gull snapped its beak at me a few times and then became calm – presumably when it recognized that I was there to help. I felt a strong sense of communion when looking in the seagull’s eyes. Surprisingly, it didn’t flinch during my attempts to remove the hooks.

When I realized that I was unable to remove the hooks without potentially causing further injury, I was inspired to take the gull in a cardboard box to a veterinary clinic that treats wild animals.

A large number of factors needed to come together for the rescue to be successful, starting with the bird finding someone who would help. Additional factors included locating a vet that accepted wild animals and was open late in the day, finding a suitable cardboard box in the nearby recycling room, and having a caring neighbor who called both the clinic and the taxi service since I do not have a UK phone.

Of course I postponed the interview. Nothing was more important to me than saving the seagull’s life. By grace, the Divine supplied everything and everyone that was needed. There was a box and just enough tape. The neighbor was home. The taxi driver was friendly and the vet was kind and compassionate.

I am grateful to everyone involved, especially the medical professionals who know how to treat physical injuries. Hopefully the bird is now flying free and is able to heal.

After handing the box to the vet and returning to the flat, I wept at the misery that humans have created for the beings on this planet. At the same time there were tears of joy for I recognized that humanity IS going to prioritize the sacred work of caring for the world. Somehow my and our microcosmic actions, taken in love and devotion, instruct the macrocosm. I now know more deeply in my bones that my love for the world is God’s love for the world, and that this Love prevails.