The Flower Mandala transmits gifts of wisdom and empowerment from the realms of profound enlightenment. It offers a window into that which is absolutely real: the Supreme You at home as the ocean of Source.

The image has also been described as the Eye of God, which calls to mind Meister Eckhart’s teaching: “The eye with which I see God is the same with which God sees me. My eye and God’s eye is one eye, and one sight, and one knowledge, and one love.”

Zoom out to see the whole image, then soften your gaze, open your heart and whole being, and receive… 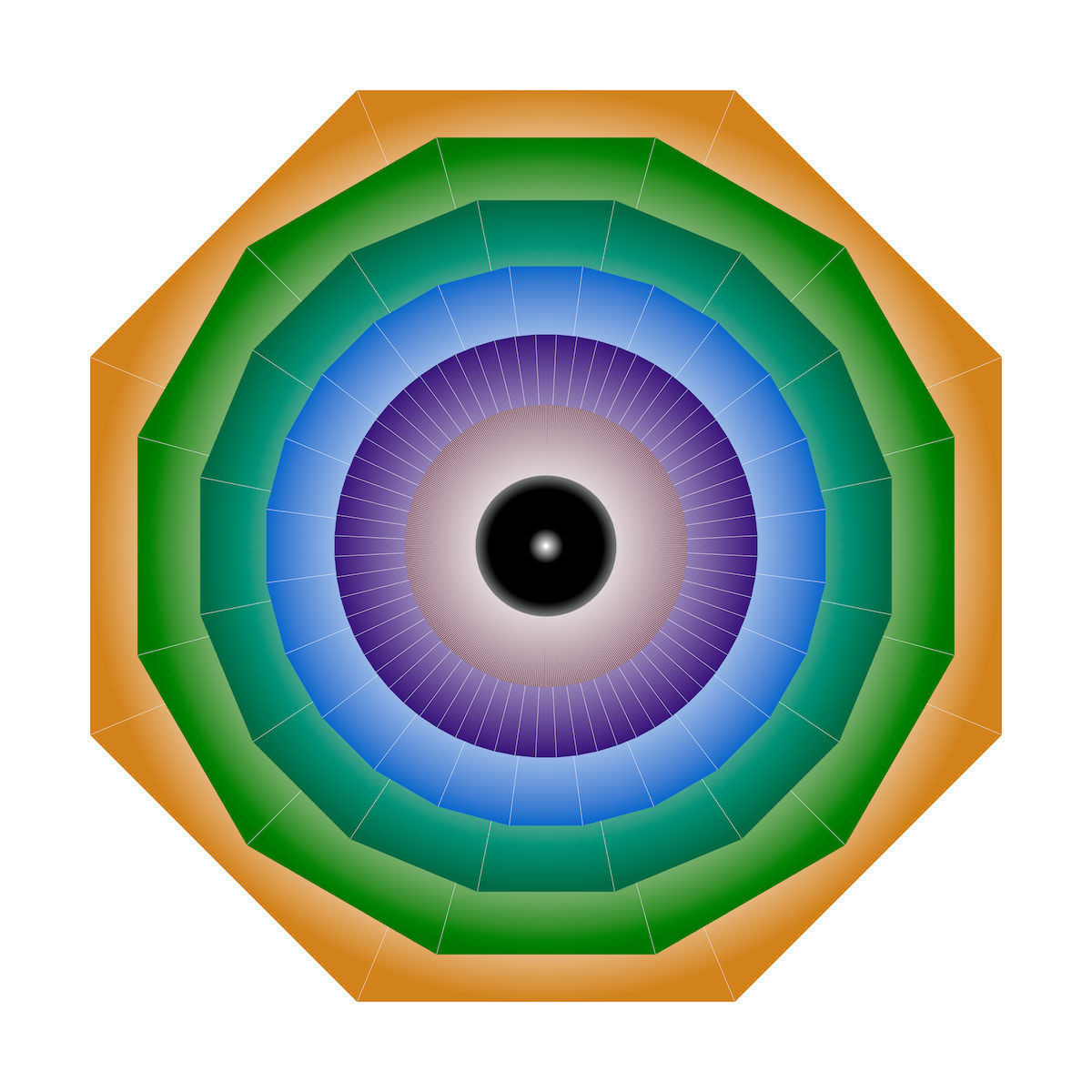 Over the years I have created many maps of the spiritual domains based on systematic explorations of consciousness. These metaphysical representations have helped people to awaken spiritually and activate their true gifts of insight and healing. All the while, I have been aware that such maps are incomplete since there is always infinitely more to explore and discover. Charting the subtle terrain of spirit is tricky business.

Eventually I asked for a certain type of map – a cosmology – to be revealed with as much accuracy as possible. I had a knowing that it was finally possible to receive a visualization of Reality that would be comprehensive and also flawless in its essence. The quality of perfection would come from the fact that Reality itself was offering the expression as itself. Importantly, I appreciated that although the cosmology would be a supreme representation of Reality, infinitely many other such representations would always be possible since that which is limitless cannot be restricted to a single form. Fortunately, one perfect version is sufficient for the work of enlightening systems and helping people to discover their own luminous nature.

As soon as I asked for a “true cosmology” in meditation, I started to receive detailed specifications for a set of concentric polygons that together resemble a flower with seven layers of petals. The number of petals ranges from eight in the outermost layer to infinitely many petals in the innermost layer, which is a circle. Once the structure was confirmed intuitively, I sourced the colors, which turned out to be visually harmonious. After a period of further discernment and settling, I invited Joe Menth – who co-created a film about the universe as well as the logo for Sourcing The Way (a company I co-founded) – to render the visual. The Flower Mandala is the result.

Header Photo by from Pxfuel